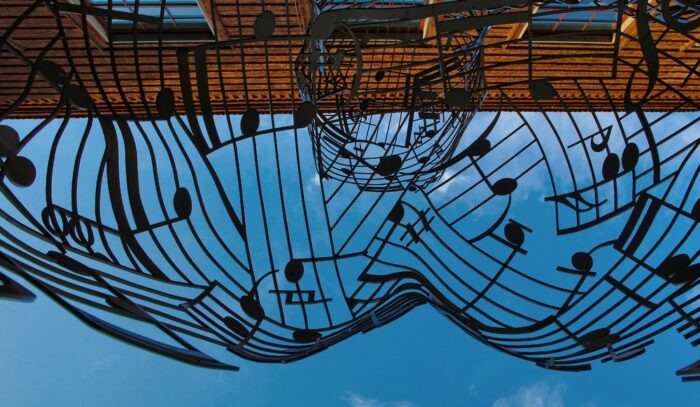 Now you can set audio to play for the task background.

When creating the task, under Media tab create new Audio. Upload the file and give it a name.
During the game audio will start when the question opens up and it is played once. If you tick “Loop” then the audio will be repeated endlessly until the question is open.
Important! No sound aka as silence in the new default while creating new tasks. All the old tasks also will lose the famous doorbell sound. So you have to use batch edit to reapply the desired sound to the tasks.

There are four built-in sounds in addition to No Audio:

You can learn about suitable audio file formats and size limits here.

There are plenty of paid and free resources for audio files, music special sound effects. Just to mention:

Or explore some of the sites recommended here

of how to use audio in the games.
-create mood. Tense thriller violins, bomb ticking, explosion, zombies growling, coins falling, laughter, crowd cheering… Sounds set the atmosphere and amplify an emotion at the location. Think of reaching a certain score, failure when reaching a minus location, warning when approaching an escape game danger perimeter edge.
-share a story. Recordings from the history archives, an actor playing a character telling a tale, city guide sharing the most important fact about the location. Set up for an instance multiple answer type of task where thy have to pick out all the phrases used in the audio.
-pose a puzzle. Someone telling a riddle or cryptic message which player will have to solve or remember.
-give a hint. Some recorded info which will the player during this task or later to advance in the game.
-make them guess. Play a sound and make players guess who or what is making the sound. What does the fox say?
-play morse. You can convert text to file with morse code sounds with a solution
And add a decipher for the players : )

Now log in to Loquiz PRO and check out the public library for some audio questions! They have tag audio