Is it Easy to Make Team Building Games? 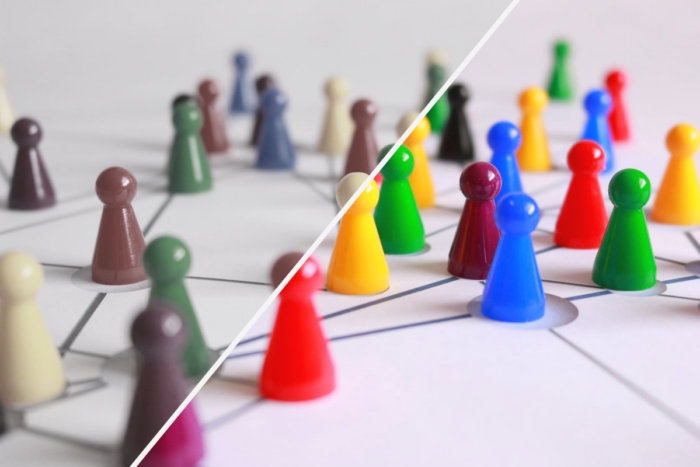 Years ago, the answer would be a solid NO. But nowadays, making team building games is becoming less and less difficult.

To demonstrate it, I will proceed as follows:

September 2019: Creating has never been as easy

When I am writing this article, this is September 2019. Things had changed a lot.

I spend some of my free time creating various team building games for my relatives and their colleagues. It just needs to use my laptop, then I transfer the game into their smartphones or tablets.

Now, I barely realize how easy it feels (and let’s go back in time to analyze this ease).

Somewhere around 2008: Creating a game in my teenage years

Before, when I took the initiative to create, it needed tools, a reliable printer, and tons of paper. Sometimes my local supermarket would not even offer any of these required tools. I also needed to involve a friend, convincing them to concede some time for me. These thoughts are tiring, right?

In my teenage years, I planned to recreate an outdoor board game as a team-building event for my classmates. The whole idea was themed around the Mario Bros. universe. It needed tons of materials. It was not really easy, knowing that my local store did not even sell dices.

The next step was about writing down rules on papers to the players. It turned out to be an impossible task: I was too lazy to explain to… lazy people.

More than 10 years have passed since this failed attempt. Fortunately, rules have changed now; I realized it during a massive team building game last year. I was a player, not the creator. But it gave me another perspective of creating a game itself.

August 2018: Living the player’s side of a team building game

I worked in a multinational start-up. The company was operating over 20 countries, on every continent.

Although I was at the bottom of the hierarchy, the company invited me to a massive team building event. Every country would be represented. I found myself with Australians, South Africans, Mexicans, etc.

I remember this day, we went to a field around an abandoned factory not so far from the country’s border. There were less than ten facilitators. They were standing aside tables with several dozens of tablets.

Given the crowd, I would just raise my eyebrows. Anyway, I trusted my company for their choice of game.

After only 10 minutes, I already forgot my skepticism. Surprised, I witnessed hundreds of players running everywhere, deeply involved with the different tasks, tablets on their arm, operating like real teams.

This would be not imaginable a few days before the event; when we were only knowing each other through signatures on emails, through our title in the hierarchy.

To break the screen between different colleagues, did we use another screen (through outdoor game apps)? It does sound strange, but it worked. This considerably helped building teams.

And less than a year later, I found myself on the other side of this outdoor game app’s tablet. I am now creating the same kind of team building games.

July 2019: Acting at the game creator’s side

Months passed by, and I happily got hired at Loquiz as a Sales representative.

To understand better my prospects and future clients, I would obviously need to handle Loquiz’s platform.

I was given access. My colleagues told me to try this out. Then I should make games for my friends before I would start the first day of work. In fact, I was asked to have fun by testing such a new experience.

This quickly brought me two past memories:

As I told you, I wanted to create a real-life board game, replacing pawns by actual humans. Back at this time, my hands were full of time, ideas, opportunities. I wanted to experience a new way to have fun with my few friends. Yet I also carried laziness in my hands. I was too lazy to change the routine I had, back then.

2. Most of the corporate team building activity I attended

(excluding the one I told you earlier).
They were entertaining, I would admit. But for most of them, I started feeling boredom. They were following the same pattern way too often:
Restaurant to eat, then bar to drink.

And when I was conceiving my first games with Loquiz, I told myself, “Hell yeah, this could be the solution for my two bitter memories!” ????

Thus, I started creating even more games. To provide you concrete experience, I will share 2 game type which I am working on. I would be delighted if it brings you some ideas, in case if you are a team-building game creator.

Based on the idea of the 24 hours of Le Mans, this game will test the endurance and the team play of all of the participants.

Would you enjoy trying a psychological game on your participants? This game suits you. Beware of all the thrill that it will inflict.

As a conclusion, this is how creating team building games makes me feel

When we play an interesting team building game, we undeniably feel a thrill. And we share that feeling with our team members.

But this thrill is even stronger when we are the game maker. Each of the rules that you create will have an incidence over the course. It is priceless to witness teams of players being excited by your own game.

By retrospecting on my experience as a creator, I realize that I can focus more on the actual feeling of the game thanks to technologies. No more struggles.

Between annoyingly printing tons of paper sign, and simply duplicating tasks by one click on a platform, there is a great difference of hassle. This economy of time is perfect to overcome our lack of time. Consequently, we may focus on the essentials.

If you could get rid of all of this inconvenience linked to conception, what kind of game would you create now? Would that fit for your team building’s perspectives? Let me give you some ideas, as I promised.

Here are 5 other ideas of games that you could create now: