Let’s see how I could build my own game. First of all, we may ask ourselves the following question:

What do we need to create a game?

Some imagination, some universe to attach to. You can start an idea from an existing story, then you may write your own rules. Loquiz gives you the opportunity to link team-building participants to anything famous that they can identify in.

Let’s take my example, I am a great fan of the 24 hours of Le Mans. I love this endurance car race because teams of people are fighting hard to become the most reliable, the fastest, the most remarkable during 24 hours of harsh effort.

And this is a real team sport. Indeed, each car is driven by 3 persons. They need the precious support of their mechanics and engineers to keep their car in shape during the whole race. Each member of the team is important to bring their car to the longest distance, to the victory.

Why not offer this same experience to any team building participant?

It would just need to switch expensive race cars to everyone’s tablets. Any office’s backyard would simply serve as a racetrack.

However, this might be an issue to organize a 24 hours event. For real. Your clients might feel unenthusiastic at physically pushing their participants for such a long time.

Rather, you can try 24 minutes: This would perfectly fit for a corporate event.

So here is the game that I conceived :

As you can see on the screen, they would just need to run laps around the field. After 24 minutes, the one making the longest distance would win.

I created a predetermined track’s layout. The participant would see it right on their tablet. Questions will pop out one by one, leading the group to run on the race’s line.

They have to answer each question correctly. When they don’t, their screen will be deactivated for a short time.

If participants wish to succeed, they need to rely on their team! Indeed, some questions are made tricky. Sometimes, not everyone may answer. Cooperation is welcome, everyone counts.

In endurance car racing, there is a set of rules meant to stop people from cheating. When one does infringe the rule, organizers will tell the driver to come back to the pit stop. There, they have to way a pre-definite time to serve a penalty.

In the 24 minutes of Loquiz, facilitators have the right to stop you if you infringe the following rule:

Everyone has to be present in each task. Nobody should be left behind.

If one team breaks this rule; a facilitator would have the right to stop a team, and make them wait aside for a 30 seconds penalty. They can simply do it with Loquiz, by scanning a QR code with the team’s tablet.

Nobody in a team should be left behind! That is an important part of building a team. 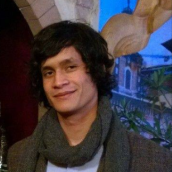 Great fan of the 24 hours of Le Mans and Pokémon, French-Indonesian. I am now happily working at Loquiz, creating and promoting games. I want to connect people with the idea of "gamification".