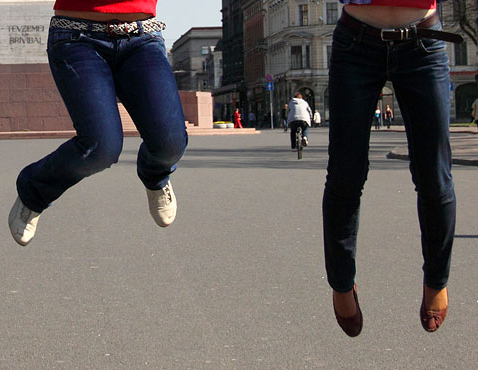 Photos are very popular in adventure games, easier to manage than videos, but still a source of creative and fun memories. Photo hunts are games that are all about photos.  Teams stage photos according to a task list (use clue game to prepare in Loquiz and see some tasks in the Question Library or 20 fun photo scavenger hunt team building tasks. The other option is that players find correct locations and stage photos (any outdoor game type will work best) in correct locations.

This story is not about what tasks to involve, but rather how to rate the photos afterwards.  Players go out and take the photos, but how do you set the rules so that it is fun and engaging and you can actually point out a winner? Over the years we have tested several options. Some are :

What has worked for us is to use different tools in different phases. We believe that ideally, the scoring system should promote interaction in real life between people participating in the event.

Before you event start! Set the photo scavenger hunt rules up so that the best photo wins. Not the team who takes the largest amount of photos or correct photos, but the photo that creates biggest amount of excitement in the end.

So players know that is is ok to skip some of the photos but know that they need to get some very good ones.  Sometimes we hear clients saying that this can not be done because people will just make one photo and leave. We say:”Have faith. Players will do their best.”  And they have delivered.

Run the rating event in the evening in the following way:

1. You get bunch of photos, sometimes hundreds. Lets face it – not all of them are worth showing. Make the first choice and leave out photos that are absolutely not cool or offending or very dull. Take a chance to delete offending photo for good.

2. Then show remaining  good and best and ok photos to people in task order (or random order). As there are only tens of those, teams have a chance to tell a story behind a photo as well if they wish. Don’t force it. If no response, just move on. Pay attention to the crowd and mark the ones who get the strongest feedback from people.

3. Now you should have around 5-15 photos. It is time to actually vote on the best photo. We have used voting, but what works really well is the noise level. The photo that gets the loudest applause will win. If two are equal, run rematch with those. We use the equipment to measure the noise level. You can easily do this by free noise level app for your smartphone. Or just use your ear.

5. Show all the photos as a background for the evening (exclude offensive ones, but keep everything else.)

Tip1! Try to arrange it so that in the first evaluation phase, every team has a couple of photos in it.

Tip2! Hand out surprise prizes for the teams who took the biggest amount of photos etc.

That is just the way I have run the photo  hunts. How would you run and give points to photo hunt pictures?