You can do it! Creating birthday scavenger hunt or treasure hunt 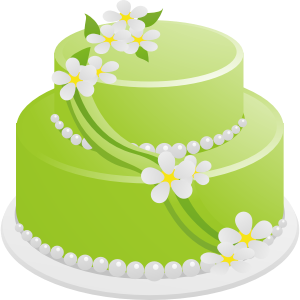 You got to taste your own medicine right?

In that spirit I was running a game in my daughters birthday. She is second grader and prepared the birthday treasure hunt herself. It was cool experience and huge success obviously, but my interest was to see how second grader would approach the game creation.

When we started the process I asked what subjects is she planning to add into the game. She proposed school stuff (players were the classmates) and scavenger type of “finding out stuff” on the location. I proposed to add few questions about herself, just for others to find out.

I did not let her wander into the system, but created collaborator access for her. So through the web interface she added all the questions to the system. I did not involve myself in this process at all. To create on spot scavenger hunt questions I drove her on site and she came up with some location specific stuff. Like counting windows on observation tower or figuring out what the big “devil” statue is all about. Point being – she created the content herself spending around 2 hours doing so (site visit and general questions). Fast forward to the day before the event. We combined the questions into the game together. For simplicity we used rogain game and as all the location specific questions already had locations attached to them we only had to place general questions to the area. Ten minutes later it was done. All was done. Of course I used the game testing as an excuse to go for a MTB ride this evening, so I put on all my gear, rode to the park. Tested the game for 30 minutes and then rode the local MTB tracks for an hour. I am compulsive tester, so can not help it. We changed nothing after the “testdrive”.

It is spring around here, so still coldish, but sun is warming things up. So the event was all outside. I agreed to run it and I have not been running events for kids lately, so I was being careful. It went something like this.
Me:” Hi you all. Do you know where you are?”
Them:”Nõmme”
M:” Do you know what this is?”
T:”iPad, tablet computers!”
M:”So what are we going to do with the tablets computers?”
T:Play a game!”
M:”What kind of a game do you think we have here?”
T:”Orienteering game”
M:”…… ?”

So everybody was already informed about what is going to happen apart of her grandmother (my mother). So there was nothing more to do than to hand out the tablets, give the all important safety notice and off they went to play the birthday scavenger hunt.

One hour later everybody was back alive and happy. So we could announce the winners (everybody won – we just made up all the categories – longest distance traveled, shortest distance, biggest amount of opened questions etc. And also the overall winner of biggest score. So now we can claim that second grader can do it. Can you?