How to remotely influence your Loquiz games as the Game Master? 7 examples 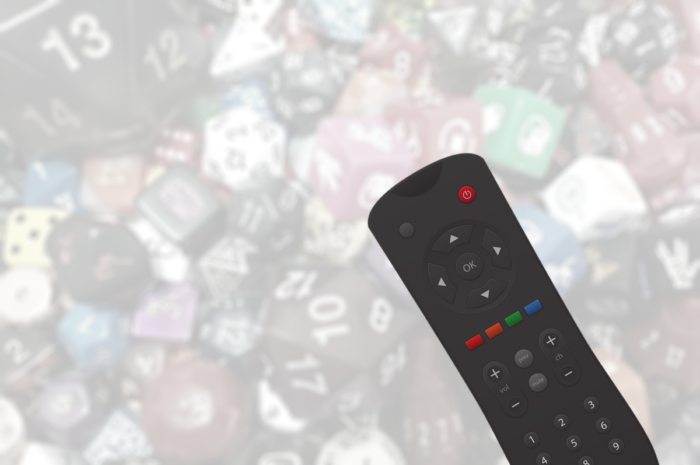 Imagine that you’re facilitating a Loquiz game with around 50 players. The game goes well, players have fun. But something is missing…

You would like to influence their game as the game master.

What if you could add a few hurdles in their game progression? Imagine that you make them stop their progression by suddenly imposing a puzzle.

At the end of the article, I will show you in detail how you can set it up in your own Loquiz game. It’s all possible thanks to one of the latest block addition.

This “remote control” feature would be possible by first logging into the game as a normal player. Then you can scan a secret QR code that would give you access to a list. Each entry of the list would give you the possibility to influence players’ games.

But first, let me give you 7 examples:

Example 1: A penalty for a team not respecting the rules

Imagine that one of the team breaches the rule. And you’ve told them right at the beginning that any breach would lead to a 2 minutes penalty.

From a list, you can tap a button related to a specific team. Then it would automatically pop a task up, freezing their device for 2 minutes.

Example 2: An extended time for everyone

The game is about to finish. But nobody has reached the end yet! However, the event manager lets you know that it’s alright to extend the game time for everyone.

You can set up an extension of time thanks to that game master’s remote control.

For instance, imagine that they are playing a game where they have to collect coins on the map. Then suddenly a (virtual) heavy rain falls. All the coins are unreachable unless they do a riddle that unlocks them an umbrella.

Example 4: A message for everyone

Do you want to tell everyone “Have Fun”? Add a button for this on your virtual remote control, then it’s going to be possible.

Sometimes a game needs to be finished in advance. Indeed, it happens when you have quite a tight schedule for your event. So, what if you just add a button that will politely tell everyone that the game is finished?

A team is performing well. They could find the Easter egg in the game you’ve created. Why not reward them?

Example 7: Go from outdoor to indoor

There is one way an outdoor game can turn into a nightmare: A heavy rain suddenly falling. Not a virtual one, but a real one. You’ve set up many props. Sadly, all this preparation is doomed. Unless… Your game design is made to be indoor just in case, thanks to a button of your game master’s remote control.

By pressing the button, you can give a 5 minutes break for everyone, then move all the props inside a conference room for example.

Did you enjoy the examples? Now let’s see how you can implement this with Loquiz

How to implement a game master’s remote controle?

First of all, you need to activate this ability from your device. No player needs to have access to your game master’s panel.

Step2: Enable the QR scanner from your settings

On this block, type any code you wish. From there, this QR code should generate a list of tasks allowing you to influence players’ games.

Step 4: Create a QR code for yourself

Step 5: Keep this QR code to yourself.

Now let’s see what the blocks would look like from the Creator.

The key of such a game master’s remote control is the following block:

Indeed, this block will simply give the ability to influence other games. So, how will we do in our case?

Let’s assume that task 1. is offered to the game master. So if this task is finished, then you will add (virtual) rain for everyone.

Do you understand the logic there? If not, feel free to write me.

This logic works for everyone.

But what if… You’d like to create an event for a specific player? For example, a penalty because this player did not respect a rule.

In this case, you need to dedicate a task per player. Each of these tasks will identify each of them.

Then you can decide on a consequence depending on this dedicated task, as follows:

Then Tasks 7 represents the sudden rain happening to the chosen player.

So here we could create a remote control that allows the game master to summon a sudden rain for a selected player. Feel free to use this mechanism for other situations; e.g. penalty, bonus, events, etcetera.

To conclude, you can set up a game master remote control if you wish.

However, it needs quite a deep understanding of how the Loquiz tool works.

This approach is only possible when you start using blocks and features in a different way than they are supposed to be. For this, it needs a lot of practice from your side.

I definitely recommend you create many games to learn every subtlety of Loquiz.

If the explanation above is still difficult to understand, you can always send me an email. I will be happy to help you.😺