How to add fun with QR codes into the clue game type? 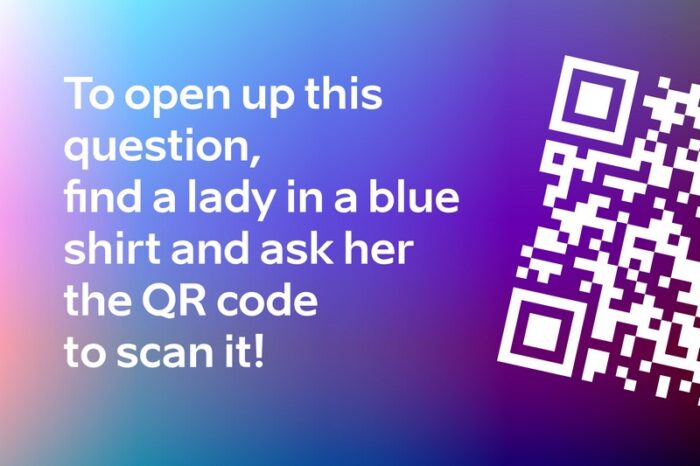 Previously we have written how to think out clues for a clue game and what kind of question activations can be used in it. In addition to these, you have an option to activate questions in the clue game with QR codes.

A QR code is a simplified square image, that opens up a content when you point the camera of your smart device  to it. In Loquiz, when you create a game, you can download QR codes for all the questions in pdf and print them out. You can use QR codes for other game types but the following option is about using them in the clue game.

A simple option is to print the QR codes out and hide them around the game area. So, players have multiple options to unlock a question- entering the clue code, scanning the  QR when they stumble upon it. If question has opened up by either, it can not be opened twice!

So, how to set up questions with QR codes in the clue game.

First, think through which question(s) you want to open up with QR codes. Then open the question and edit it a bit. Make it a location specific in “Location” tab and set it somewhere out of the game area (like in the middle of  Australia : ) ) Second, the edit happens in the Comments and clues tab. In the “Intro” field, add directions where players can find the QR to scan. Examples:

“To open up this question, find a QR code under a mug and scan it with the QR scanner in side menu!”

“To open up this question, find a lady in a blue shirt and ask her the QR code to scan it!”

“To open up this question, find a QR code at Hotcups cafe!” Now to printing! When you click on the game’s name in the games list, then it opens up the game info and under it a link to QR codes. You can download it as a pdf and print.

During the game, players can scan the QR code (option is in the app left menu) and it opens up the according question.