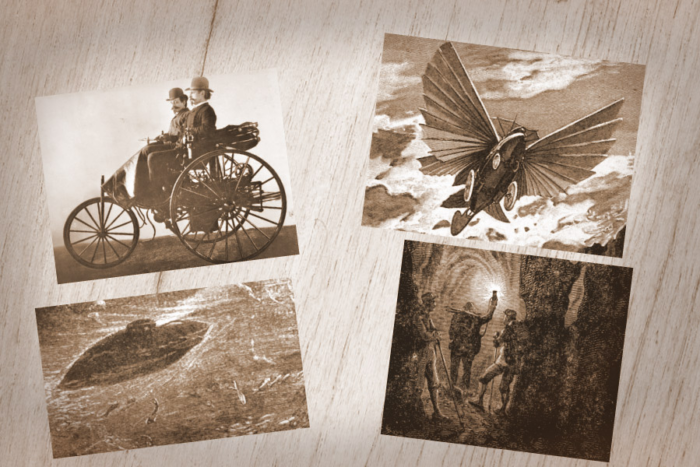 Become the main character of an epic story that takes place during the 19th century! Cross the world to save people on a remote Pacific island, using planes, submarines, cars! Take the right decision, to increase the chance to save these people!

Jules Verne is a French author from the 19th century. His universes were mostly about incredible travel across the world (or even away from the world). He made entire generations dream about the usage of great modes of transportation…

What if you became part of the last Jules Verne’s travel, riding several of these dream machines through our free game?

Simply download Loquiz on iOS or Play Store for free, then scan the following QR code to start the game immediately (do NOT exit the Loquiz app):

You can actually modify this open source game as much as you wish, using the Loquiz Creator.

In this video, I tell you to step by step how you can quickly set up your own Jules Verne game on your account: