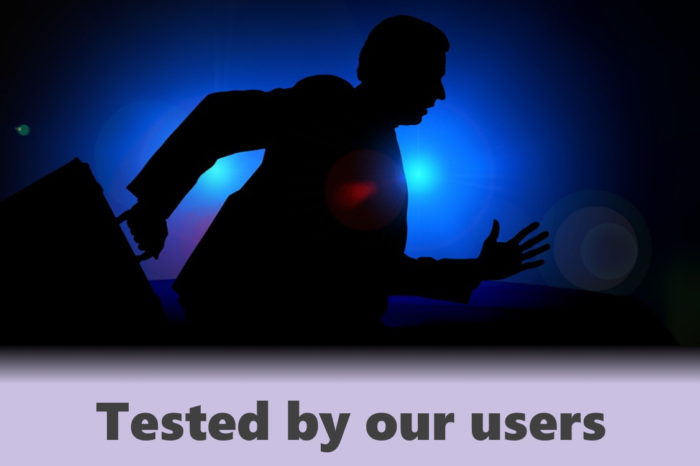 ➡️ Some of our users held games using that platform. So, what are their feelings on it? Usually fairly fun.

➡️Other Scavenger Hunt platforms are always interesting to have a look at. Because they are complementary with Loquiz. For example, Das Box is perfect for urban areas.

In my sales experience, I enjoy spending time with our partners and listening to their experiences.

From this happening, they often open up about the other scavenger hunt apps that they use. So, is it a problem for us?

In fact, we gladly encourage our partners to use as many platforms that would be complementary to ours.

So let’s review some of the similar platforms.

In this article, I’m going to develop about Das Box. They have plenty of games that are based on role-playing. Here we will deal with only one example, their best-seller: The Super Cops game.

The principle of the game is about a chase between burglar and policemen.

The criminal stole diamonds. But policemen are in alert. They need to run after the burglar. However, this latter person has the ability to set up traps against the agents.

This storytelling is great because it differs from the usual Scavenger Hunt game. No, you’re not just collecting hints nor following one path of tasks. You have a real role-playing game behind.

And this only needs several Android devices to run (the game is not available on Apple yet).

The set up from the creator side

I remember having a discussion with a partner from Paris: He offered me to set up the game wherever I was (as long it was in an urban area).

The ideal place to play this game was the historical center of any city. So we were imagining playing this in the wonderful Old Tallinn.

It was fairly simple to set up. But I remember how fast my partner conceived the game at my place. However, we didn’t have time to test the game.

Launching Das Box Super Cops from the player side

Now I remember about visiting another user from Southern France (quite at the opposite side of Paris). He showed me the platform from his tablet. We launched a game together.

And I might disappoint you but… We did not try the game because their office location was located in the countryside. There, the network was quite unstable. The 3G was somehow working, but not the 4G.

An urban game rather than a nature game

Das Box Super Cops needs full network access throughout the whole game. This is understandable given the rules that need constant interaction between the players.

In this way, our partner recommended using this game in a purely urban situation, where the network should be stable, normally.

When we play this game in large fields, loss of connection is quite common.

In general, Loquiz differs from Das Box in 3 points

I will come up later with other user experience regarding other Scavenger Hunt Platforms.