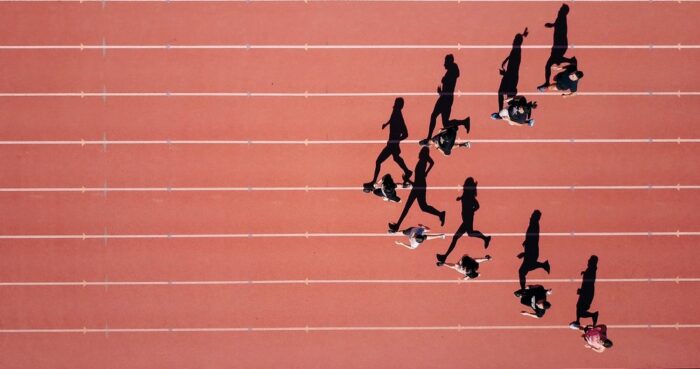 Yesterday I was in a one-to-one meeting with a friend of mine who is also using Loquiz for  running his agency. At Loquiz office. Lets call him Albert.

During the meeting his phone suddenly rang. Albert apologized saying it was a client of his calling and he needed to take the call. It turned out that the caller was in trouble – he was organizing an event, and due to the weather some activities were impossible to carry out, so he was asking if Albert`s agency could save a day by organizing a game for them starting in 1 hour at the location 50 km away from us.

Albert`s computer was still attached to the big screen and I was still sitting there expecting him to say no and continue with our meeting. But something else happened.

My friend took a few seconds to think and then said “no problem” to the phone, “just send me your exact location, so I know where the game should start and end.”

Then hang up the phone. Called to one of his instructors, asked him to pack a necessary  amount of iPads and start driving towards the venue.

For a small business it is important to act when there is business available, so I presumed that our meeting was over.

So, he opened Loquiz PRO. Searched for the game, cloned the game, then checked his mailbox for the location. Turned out the client, sent him the screenshot from iPhone with the location. Not high tech, but good enough. Based on that he deleted the pin locations in the cloned game and assigned them to the new locations around the places shown on the screenshot.

Saved the game. Created an event. Done. In five minutes.

“I am ready” I heard him claiming.
“What? Do you know the place?”
“Yes I’ve been there. I know it roughly, but the game template I have set up for these occasions works well, even if not all the locations are accessible”
“You do not call to the client saying your guy is on the way?”
“No, the client has a lot to do anyway. No need to disturb him more. I already promised that we would be ready in time”
“What about the instructor? Don`t you inform him that the game is ready? And how is he going to start the game? You did not send him the username!”
“He does not need the username and he knows the game. He has his general username, so he just starts the uppermost in the list.”

For me all this was beyond cool. In less than 10 minutes he took the order, calmed down the client, informed the instructor and prepared the game. And all that in 20 words.

PS! The game template used was actually “The Hundred”. They are using it when simple, robust and fast are priorities.

PS! If he  had been able to move all the pins at once, then it would have taken only 3 minutes instead of 5. We will make that happen in near future.