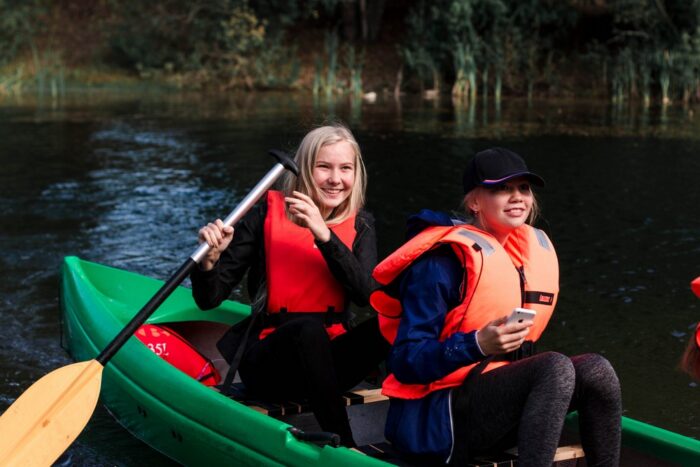 “Sportsday 2017” was held on 4th of September in Tallinn, Estonia. So far it is among this year’s biggest events with over 3000 people taking part. Spordicom created a set of outdoor adventure games with Loquiz platform. The games were run on players` own smartphones.The following is a short interview with one of the organizers Erik Kangilaski.

When and where was the game held?
The game was held at Harku recreation area in Tallinn (the  capital of Estonia). The Spordicom is a freshly created sports club which first goal was to organize the event “Sportsday 2017”. In the future we hope to organize similar events as well specific competitions to narrower segments (like sled dogs sprint, Estonian Dryland Cup) How many teams participated?
3144 people registered, all students. They were divided into pre-agreed teams on September 1, during the first school day. How long was the game?
The competition took place on five different trails.
E trail was for grades 1-3 and without the game created with Loquiz platform. We used SI sticks and paper maps as well on D trail for grades 4-7 . These trails were 500 meters and 3 km long. C (grades 4-7), B (grades 8-9), and A (high school) trails were covered with games we created with Loquiz. These were accordingly 3, 4 and 5 km long. All trails had also special activities  in some locations. Starting from 4 th grade airsoft, video shooting range by Actiongames. From 8th grade the canoeing distance was added.
Three best teams from all trails got cool prizes. The winning team of each trail got an opportunity to go with the whole class to play laser tagging,the  second and third teams got team tickets. What is the wider goal for this event?
The wider goal is to make teachers notice that sports days can be exciting and non-standard. The second goal was to organize a sports day where students could be physically active as well answer some questions about the topics learned at school. What were the questions about and which were the players`/organizers favorite ?
Questions were based on what is learned in school and some quiz trivia. Around 60 questions were composed, I personally didn’t work with these. Where were the games held and what were the challenges of this specific location?
The organizing headquarters were located in a large and windy green area near Rabaveere street. The Harku recreation area forest has some wet swampy space. So the ones going off the roads passed through these. Some participants enjoyed it but some not so much.
We got positive feedback about the activity station where it was possible to canoe or even swim the distance of 25 m. At least three people decided to cover the distance swimming! How were the results  wrapped up?
We had problems with Sportsday system to collect all the results. So it took couple of days to announce the outcome.

In the finish we asked especially how the  players liked the app. There were few glitches like activation of GPS on specific devices but the majority participants claimed they had enjoyed the competition and using the app. So overall conclusion was positive.