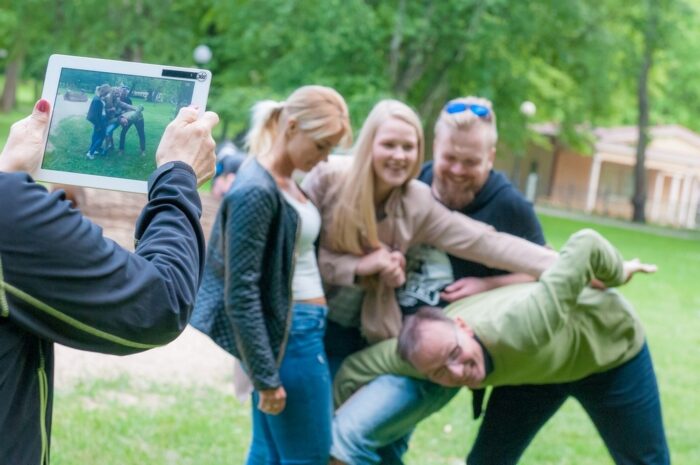 In the previous article about creating good questions, we discussed how to think out awesome location based questions. These are great to enhance engagement to the surroundings and make players notice and think about the place they are present. But the second post is about an important topic- interaction with other people.

In today’s technologically advanced environment it is refreshing to enable people to participate in an activity that encourages a face to face meeting and cooperation. So, whenever you can try, focus on creating games played as a team. Of course, you can create games for the individual play but magic happens and the competition begins when people play in groups. The game works well also as an icebreaker and information exchange igniter in networking events.

The following are some categories of team tasks to use and inspire you to create your own.

“Take a photo of…” tasks are great because you have  an  engagement with attendees after the event ,where you are sharing photos they have taken. Or they can promote your event  over social media during the event. Photos also stay as a great memory of the event. You can also use photos later, if the client permits  you to market the  materials.

This type of tasks are usually creative.

Examples: “Take a photo of cannibals performing a ritual“ “Act out a scene frozen in time from Bruce Lee movie” “One of your team members got struck by lightning and acquired magic power. Show that in the photo!” Some more examples. or even attached to networking “Find your coach, discuss your next quarter plans. When you are happy with the results take a photo with him/her proving the outcome”

Physical tasks of the team. These are appropriate in some settings and off the table in some. Some can also be well answered with a photo as a proof. Starting from yoga exercises to human knot type of physical puzzles.

Try it out! Four people. The tallest, Tall, Short and The shortest.

The tallest puts hand on The shortest knee.

Tall leans the same leg`s knee against The shortest left knee, what doesn’t have hand on it and grabs with the opposite hand Short`s same hand.
How many right hands are left free?

Take a yoga pose shown in the picture with your team. Take a photo as a proof! Team leading. It is common that during the game one person is in charge of orienteering around and taking tasks. Sometimes it is a good idea to break that by adding a task that makes a change in the  leadership. You can let people take lead by discussion about a personal or professional life.

Team training and development. These types of questions are something to spark a discussion or ask an opinion and get a text output for a later presentation.

Examples:
What state should our next learning workshop take us?

What and whose idea was implemented the quickest last year?

Discuss who is the best listener in your team.

If you are short of ideas then Loquiz Public library hosts a variety of tasks. For example, check out what tags “Make a photo” and “Team” bring up ; ) Keep tuned for the next post about creating good questions and share  your favourite tasks in the comments .

READ ON Part 3- tuning up corporate info and „boring“ facts 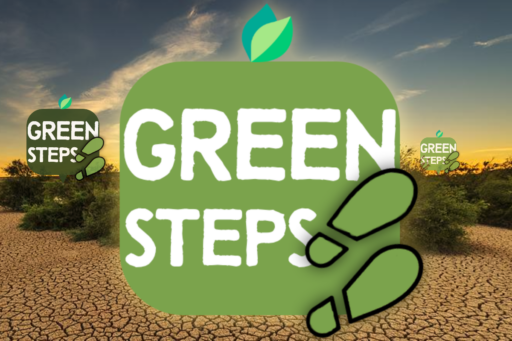 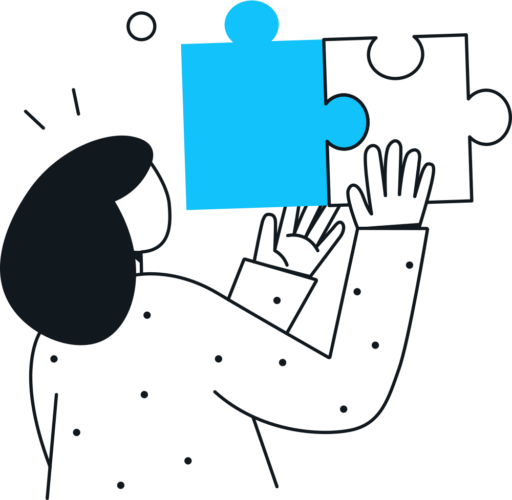 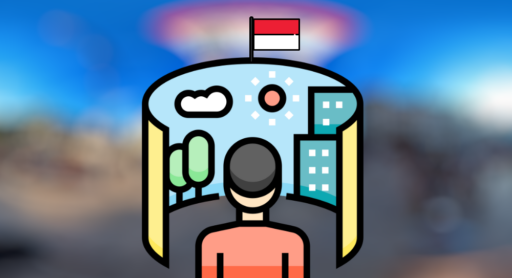