We have talked a lot about how useful Loquiz is for adventure companies and how much easier it makes the organising of team building events. However, there are many other uses to the game as well. One idea I like the most is the opportunity to use it to promote a city or a location with an interesting background. Therefore, in addition to adventure companies, it would be an interesting and revolutionary idea for ministries of tourism or for city administrations to use in order to show what their countries or specific towns have to offer.

I will write about how Loquiz can be used in a city setting to add the cultural aspect for the tourists and make the town easier to explore for them.

Probably all of us have seen the little screens around city centres or at interesting locations in different places around the world that tell you about the history of a building/monument or anything of the kind. However, this needs a big investment from the city administration to set this screen up and also protect it from vandalism.
Loquiz could make it a whole lot easier! It is not difficult to set up a location based game of Loquiz anywhere in the world, especially when you have people at this very place who can do the groundwork (set the points with GPS and take photos of locations).
Loquiz has an option of adding extra information in a game next to every question that could give people knowledge about the place they are at to help them answer the question. Some questions, of course, can be fully location based and not require any background knowledge about the history of the place or the stories behind it. They can be as simple as counting the doors or windows of a certain building. However, when the question is not that simple, the extra information panel could prove to be very useful and offer a great amount of help to answer the question.

Using my hometown Tallinn as an example, I really see that our city needs something like that. The Tallinn Old Town is a spectacular place to go, it is one of the UNESCO world heritage sites but there is often not enough information available for the visitors when they are out there exploring it, so they end up seeing all the beauty but not knowing a lot about it. So why not put together a game of Loquiz leading the tourists all around the old town, adding questions to all the interesting places and at the end, bringing them back to the place they started from.
Tourist guides could also use Loquiz to test the groups, giving them a tablet computer at the beginning and giving their usual tour but adding a bit of competition to the guided tour and finding out the most attentive team within the whole group. 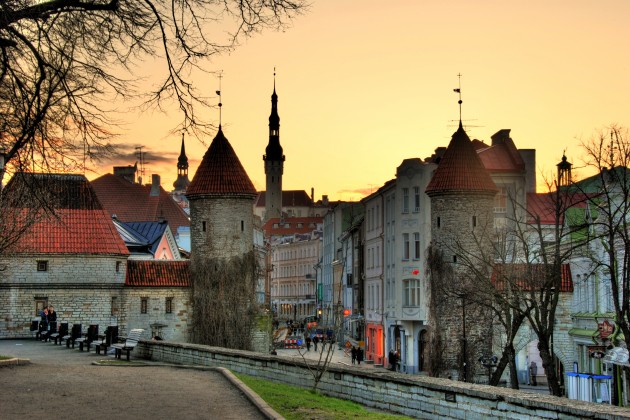 Of course, after reading my previous ideas, people would ask: “What about the tablet computers? How could they just be handed out to tourists like this?”

I find that this is a place where the town information centres could step in and take control of the tablet computers, handle the renting out of the devices. The security of the tablets could more or less be guaranteed with tracking apps and a safety deposit. It would also be an opportunity to send someone out with the group who would make sure that everything goes to plan and collects the tablets at the end of the tour. This could be taken as a good opportunity to create more summer jobs for young people as well.

This kind of city tour idea would not be a classic Loquiz game, it’s purpose would be more to introduce a city and make travelling to that place more interesting and in the process, increase the tourism to that location rather than be a team building game. During these city tours, Loquiz would be less of a competition and more of just a fun and educational activity, an interactive city tour.