Nesting WHEN- THEN statements

It helps to think about separate WHEN-THEN logic blocks as having OR operator between them. If any of the separate condition blocks becomes TRUE then the action within WHEN-THEN STATEMENT is executed.

In the sample above the TASK 2 is shown when the team is on TRACK 1 OR when they answer TASK 1, even if they are not on TRACK 1. Please note that two WHEN-THEN blocks do not need to be connected. The same applies also if they are single blocks.

In the example above the TASK 2 is only shown when team is on TRACK 1 AND the have answered TASK 1.

The same can be achieved using AND operator like in the following sample. 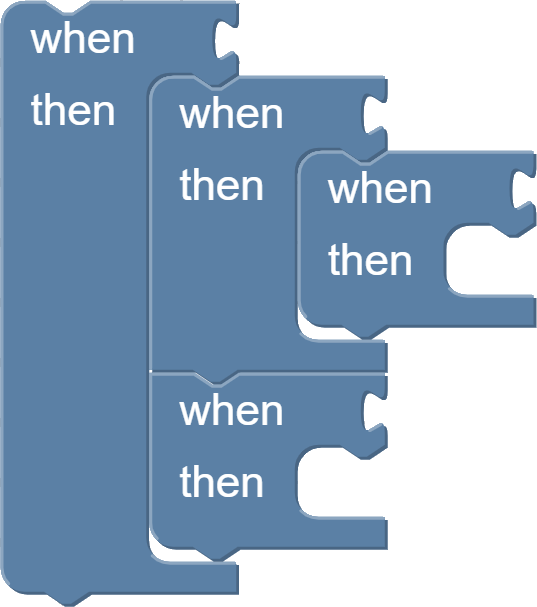