Loquiz now allows users to add picture overlay onto the map in outdoor games (this feature is in Beta, so use with caution!).  This picture can be a detailed map, drawing, tourist map, photo, sketch, icons  etc. Read more to find out how to add and modify picture overlay.

Displaying pixel maps dynamically puts the mobile hardware under pressure. If the picture added is large (longer side more than 1920 px), it will be downscaled in our server. Picture might be downscaled also further in device depending on the device capabilities.

Picture overlay can be added while creating/editing the game on “Locations” screen (see the screenshot). Just click on the button “Picture overlay (beta)” which you will find on the map.

How to adjust and move the picture overlay?

Moving the image is also possible when using the keyboard’s arrow keys when picture overlay is active (does not work when Picture overlay dialogue is closed).

In a mobile device, you will see the picture overlay as a layer above the basemap.  It will be presented with location, size, rotation and transparency set within game creating/editing screen. 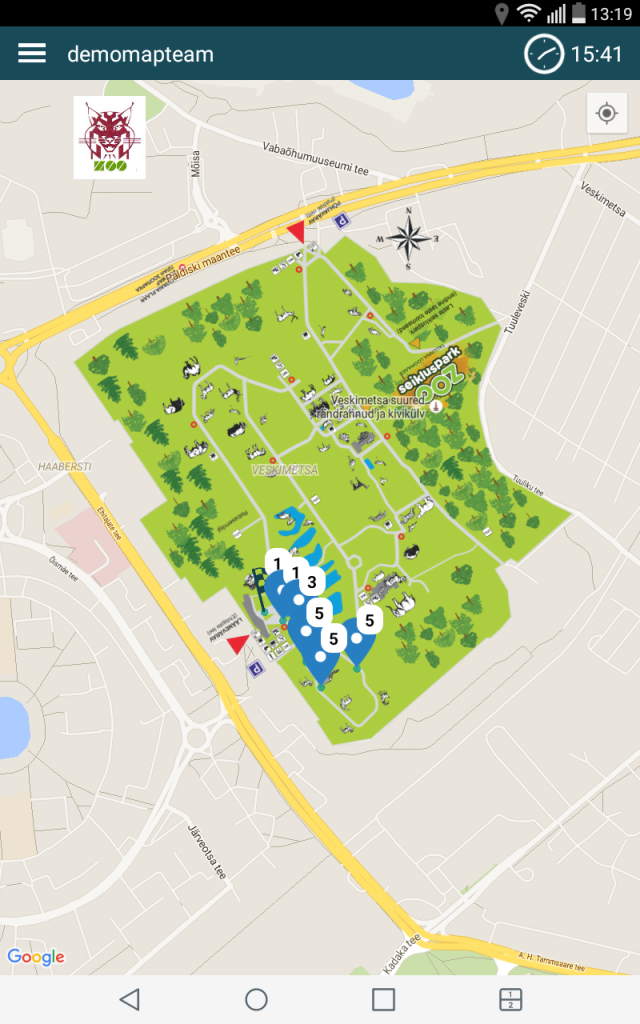 Picture overlay used in screenshot above is from Tallinn Zoo.  Here it is in photo format.

Please update to the latest version before opening a ticket!