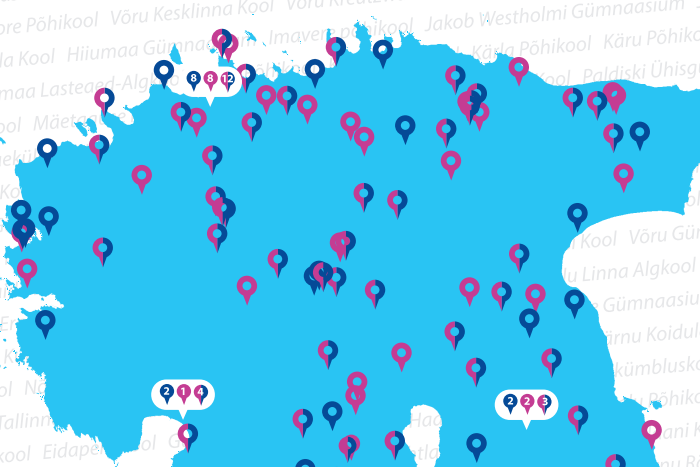 How to make schoolchildren move?

Lack of physical activity and obesity among children is a growing trend in EU countries according to a study published by WHO. So how to encourage children to move and be active? Estonian School Sport Union (EKSL) found an ingenious solution to connect movement to gaming. In 2021 from February to June, 32 927‬ children from 231 schools played and moved outdoor actively.

Estonian School Sport Union has been active for 31 years, providing different activities and movement opportunities to students and teachers. As of today, EKSL provides sporty outcomes in 19 different fields of sport and active physical movement projects.

Outcome of the EKSL project with Loquiz

Due to COVID, schools in Estonia started distance learning in the spring and group gatherings were not possible. This was the time when EKSL came out with the idea of smart games. EKSL joined forces with Loquiz who has previous experience with Spordipäev involving more than 4000 participants and is used in a number of schools daily as a way to encourage active movement.

EKSL’s quick cooperation with Loquiz lead to the first game being released in February. As teachers had increased workload due to distance learning, the cooperation provided to be extremely successful.

The first stage of the game included 112 schools and 18 594 kids playing. In the spring, the second game was released, with 119 schools and 14 333 players participating.

How the games were built?

Games were intended for public school students and each game contained questions and distance appropriate for the study level. While building the game EKSL included a test group of students to get their direct feedback to add clarity and a friendlier user experience.

Games were designed to enrich the knowledge base of participants and to repeat the curriculum and facts from different classes. There was no competition between participants built into the game. Although players collected points during their individual games, the scores were not shared with other participants. The goal of the game was not to beat others but to improve knowledge and endorse the movement.

Games were meant to be played outdoor but were not locations based- so the students could choose which way and where to walk outdoors. It was great to see that quite often students involved family members, relatives, and friends to the walks! Although the game was possible to play alone, it still was set up so that one could include a permitted amount of friends in the game. This way it was possible to beat loneliness and isolation which are too common in the shadow of COVID-related pandemic restrictions.

The tasks in the game opened based on the distance covered by the player i.e every 100m of walking new task opened to be completed. As games did not have determined start and finish points, students had to learn to plan independence while planning their track. Equal treatment, partnership, and tolerance principles were carried on by games with different levels. This way teachers could choose which game was made available for specific students- making it for them accessible. Students who did not have smart devices were provided different solutions to borrow the equipment.

Digital innovation in schools is an ongoing process. EKSL project with Loquiz shows that new technologies can be one solution to making children move more and learn on the go.