Some time ago, I was asked about a simple but efficient way of getting participants of a large event more comfortable with each other. Like the situation with colleagues that kind of know each other but not really. My proposal was not Loquiz. It was BINGO. Or “Intro Bingo” or “Peoples Bingo” or “Get To Know You Bingo”. Here’s how to run it.

In short, every participant gets a pen and bingo table. There is a specific statement in each cell of the table. The player’s task is to find a person among the participants that would agree that the statement applies to her and sign the cell in your table.

Whoever gets the corners, cross and full table filled out first wins the respective game. You have to shout BINGO, of course.

What is the game really about?

The game is about getting to know each other. The statements act as conversation starters. There is probably not much time to have a long conversation during the game, but the magic happens after. You have some common points to start chatting about.

Now you might say that you will not remember every person in your table and that is correct. However, you will remember the claims, so the discussion usually goes more like: “Did you find it easy to find the person who had done a parachute jump before?” “Who did you sign up for being the longest in the company?” Etc.

What to do and what not to do?

Under no circumstances do not allow to add players own name to his table. If he is the only one who has ridden around the world on a motorcycle, then too bad ;). You are not allowed to write anything onto your table (see point 2).

Do not allow people to fill in their table with participants’ names. It is not about knowing the facts. It is about getting another person to sign a specific cell in your table. That might mean striking a deal (you sign my “parachute jump” and I sign your “around the world with motorbike cell”). Talking somebody into it and interacting is an important part of the exercise.

If there are more people than bingo cells, consider enforcing a rule that one person can only sign one cell in anybody’s table. If there are fewer people than cells, then you can limit it to no more than 2, for example.

As a judge, do not dismiss any signatures. It is not about checking if somebody who signed “parachute jump” really jumped out of the plane. It is about the story. Extract that story. Maybe they wanted to do that, maybe they almost did it, etc.

How to run the game?

Here is the real secret. The bingo is a tool for you to run the intro session. Alternatively, you would be tossing the ball around in a circle and shouting names or something similar. So use it to the full. Here’s how.

Hand out the bingo sheet and a pen to everybody. Ask who does not know bingo. Explain that there are 3 games – corners, cross, and the full game. The player needs to get another person to sign the respective cell in their table. Whoever gets the corners, cross or full game first should shout BINGO and game is stopped to check the table and hand out the prize. Only then the game goes on. A player is not allowed to write anything onto their table. Nothing. Not his name nor anybody’s names. Questions? Start!

Tip: Do the intro standing up. Shouting start does not work if people are sitting. Make them stand before you briefly and you get a faster start.

When somebody shouts BINGO, stop the game. Ask everybody to gather around you and get the winners sheet. Corners are most probably filled up first. Do not rush this, this is what creates value.

You are “checking” the answers, but you want to get the stories. So read out the statement and name and ask the person to elaborate when and what happened. Next, ask anybody to raise their hands who would have signed the box as well. Make sure that everybody sees the hands because players who are missing these boxes will be able to approach them right after. Go through all four claims this way and continue until another bingo. At next BINGO, don’t check the corners anymore.

Size of the table

Should you make it bigger for big groups?

Not really, if you make it 6×6 it will be 36 claims and this is more of a marathon than a sprint you want it to be.

Should you make the table smaller for small groups?

Maybe, or just allow for a person to sign each table twice. That said 4×4 works pretty well, especially for the feedback session. You have 4 corners + 4 for cross, plus 8 to get to a full game.

Sometimes with 5×5 at the end of the game, I skip some of the checks to keep up the speed. With 4×4 it is usually quite ok to go through all claims.

Should I create an occasion-specific table or use some kind of standard?

It depends. You should use claims that somehow apply to the group. You want to have claims that at least a couple of persons in a group can relate to. And as importantly, you should relate to these yourself. This will help you kickstart the checking sessions.

Also, if there is a specific need to direct the focus to somebody, then you can extract a couple of unique facts about her and add those, so they will surface in an event. And if somebody has done something cool in a group you know about, then this could be cool to add as well.

Just google Peoples Bingo for samples and you will find plenty. Then make your changes. 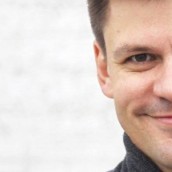