+Congratulations! You just won the award for the best festival at the Baltic event awards for Kinopedalis 2017 festival. Why did you decide to apply and did you expect to win?

Thank you very much! We definitely didn’t think that we would win when we applied. There was an open call for festival awards and we just thought: “Ok, let’s just try and see what happens”. Because we believe that festival idea is quite unique and creative so why not to apply and let more people know about the festival.

+Along the route you had there pop-up “cinemas” where it was possible to see different domestic and foreign films. How big was the film programme in 2017 and how many locations were involved?

We had 5 pop up cinemas in an old bread bakery factory, greenhouse, BMX museum, student bar and old beer brewery basement. In total we had 15 movies for screening.

+I understand the locations were meant to be unique and surprising, providing a special atmosphere to see the films. Which location(s) was your personal favourite last year? +Can you describe a bit the participants of the event- what kind of crowd the event attracts?

This is event for youngsters and young families with kids who enjoy cultural entertainment and  time which is spent together and they are not up for competitions, they just want to enjoy the time together. The festival is very family-friendly.

+Did you have any foreign performers/ speakers /special guests? Who?

No, we didn`t have any foreign speakers, just local ones. But they all were incredible. For example, we had a storytelling afternoon were we had two gentlemen who had travelled to Siberia in 80s with their bikes. Imagine how crazy it was in those times. They have also written a book about their travels.

+How many people were involved in producing the event and how many for the game?

Rolands Melbardis – a  creator of  Kino Pedalis and he is  also responsible for routes, questions and games. But he have also 2 or 3 helpers. Gundega Gulbe –  a Project manager, Liena Kreišmane and Elīna Megne – PR and Communications. +What was the time frame to bring this event into life?

+How did  the game run on Loquiz platform help you to improve the event?

Loquiz helped to make an  ordinary bicycle route much more interesting and interactive. It also plays a role of a tourist guide during the game. Because many questions are located near the touristic or interesting objects and with the help of questions we can tell more about them. And also if the route goes by the main road we are able to warn participants to be careful. We have heard many good words about the game and the combination.

Kino Pedalis participants  are more or less young people and for them it is much more easier to understand this kind of map which is online and with different pins than a printed version. They like that routes are connected with modern technology. +Can you describe a bit the routes you had in 2017 and what was the most popular one?

Most popular route is Halfpedal which is around 25 km.

+How long were the games? In the meaning  of time, km, questions? +Was there a prize(s) for game participants? If yes, then what?

Each participant receives a souvenir from Kinopedalis. (Trucker hat) Hats color differs from the route what the participant is taken at Kino pedalis bicycle ride. After the event you can see many people wearing Kino Pedalis hats in the  city and also all around Latvia. Also we have a lottery for all participants where the main prize is a new bicycle. 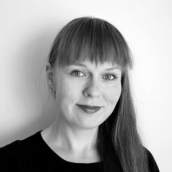